PhD in Heritage Studies.
Associate Professor at the Universitat Politècnica de València, Department of Conservation and Restoration of Cultural Heritage. 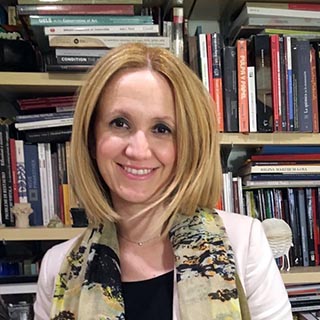 Professor in the Department of Conservation and Restoration of Cultural Heritage at the Universidad Politécnica de Valencia (UPV), Spain.
She graduated in Fine Arts, specializing in Conservation and Restoration of Cultural Heritage from UPV, Faculty of Fine Arts, Valencia (Spain) in 1999. After several internships in Europe and the United States, in 2006 she got her PhD with honors in Conservation and Restoration of Cultural Heritage from the same university. Since January 2005, she has been lecturing as Associate Professor in the BA and MA program on Conservation and Restoration of Cultural Heritage at UPV. In 2011 she was appointed (tenured) Professor.
In 2007 she set up the research line: “Study of the mechanical and dimensional properties of cultural materials” at UPV. Since then, her main focus has been the study of both the structural behavior of cultural materials and the failure mechanisms they experience in time in order to take more informed conservation decisions and to design appropriate conservation strategies.
In the last 15 years, she has been involved in sixteen national and international R+D projects being currently the coordinator for the ProMeSA Project: “Study of the mechanical and dimensional properties of commercially manufactured paint films and their influence in the physical and chemical degradation of modern and contemporary paintings” (2017-2019) granted by the Ministerio de Economía, Industria y Competitividad (MICINN/FEDER) – Programa Estatal de Fomento de la Investigación Científica y Técnica de Excelencia, Subprograma Estatal de Generación del Conocimiento (HAR2016-75131-P). The Project is run in collaboration with several international universities and research institutes and in partnership with Museo Picasso in Barcelona.
Since 2011 she is Board Member of the European Network for Conservation Restoration Education (ENCoRE) as well as Assistant Coordinator of the Education and Training Working Group of the International Council of Museums- Committee for Conservation (ICOM-CC).
She is referee for the Italian Ministry of Education, University and Research (MIUR) General Directorate for the Coordination and Development of Research Office as well as for the Italian Research and University Evaluation Agency (ANVUR) since 2012 and for the Spanish Research Agency since 2016.
Apart from the papers, workshops and lectures given related to her training and pedagogical activity, she has published 25 research papers in national and international journals, 57 in international conferences. She has contributed 11 chapters in national and international books and she has been invited to give 25 talks/workshops in different national and international institutions. She has also been translator for specialized publications (Studies in Conservation, Archetype Publishing, etc.) and she is a regular reviewer for different specialized journals such as Journal of Cultural Heritage (Elsevier), Cellulose (Springer), Spectrochimica Acta Part A: Molecular and Biomolecular Spectroscopy (Elsevier), Spectroscopy Letters (Taylor & Francis) y Journal of Archaeological Science (Elsevier).
Finally, since 2017 she is the coordinator of Conservation 360º, a series of multi- and interdisciplinary books on current themes in the field of Conservation of Cultural Heritage that are intended to provide a general overview of the state of the art, research and concepts in the field of the preservation of cultural heritage. The series is aimed at professionals of conservation-restoration, scientists, art historians, archaeologists, technicians and students. Conservation 360º is a fully peer reviewed open access international book series and carries the Spanish Academic Publishing Quality label (CEA-APQ) recently created by the Union of Spanish University Publishers (UNE), the Spanish National Agency for the Evaluation of Quality and Accreditation (ANECA) and the Spanish Foundation for Science and Technology (FECYT) which ensures the highest scientific quality as well as the informative and editorial value of the series.